I'm looking for a pair of tunnel lights for a 1951 Henney-Packard Air Force ambulance along with the roof siren mount. The siren mount is taller than most to get it above the roof fresh air intake. The siren itself is relatively easy to find but if you have that too, then all the better and rough condition to match my car is fine. It's a Federal WLRD with red lights at both front and rear. If you have any of these but do not want to sell, I would be happy to borrow, place a deposit or rent so that I can duplicate them for my car, the blog for which can be seen here! Please let me know what you have.

Staff member
Super Site Supporter
I believe that this is the base that you are referring to. I assume that you are looking for a 6-volt siren? 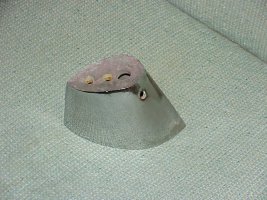 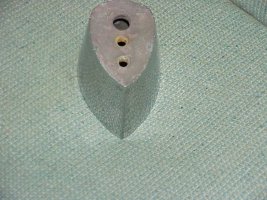 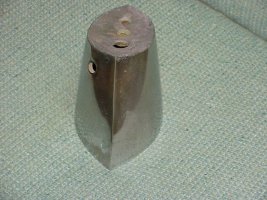 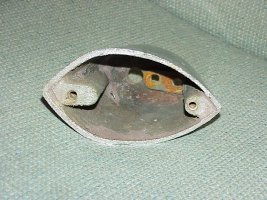 Here are the housings i have 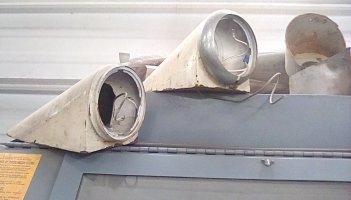 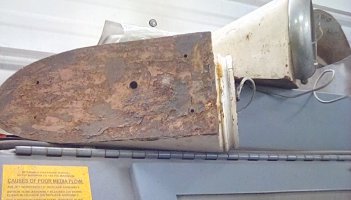 Site Supporter
These are not era correct but throwing then out there. 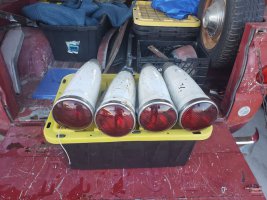 Paul, Yes that looks like it although I can't tell if it's the taller version or the more common (relatively speaking) shorter one that the non-military ambulances used. Any idea on that and is the one you showed available? Yes, I could use a 6v siren too if it's the Federal WLRD type with both front and rear lights although condition is not only not important, rougher is better to match the ambulance itself!

I'll have to dig out photos to see what the hole pattern is for the tunnel lights but they are the general type I was picturing. If proper for my ambulance, it had only the two front ones.
D

Daniel, Thank you but those are probably for the later '50s Superior or other coach type.
D

Paul, The first two photos show the holes where I thought it might have had tunnel lights but looking at the photos you posted, I'm not so sure as there are only three holes. This is the passenger side and the driver's side has a mirror image of the same pattern. Any idea what might have been mounted here?

The next photo show where something round, like a gumball, had been mounted. Is the pattern familiar? The outline of the outside diameter can barely be seen for reference.

The final photo is not of my car but shows an identical one with the taller siren mount. Does the one you have appear to be this tall? 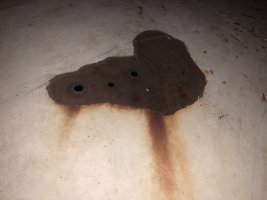 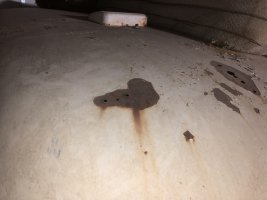 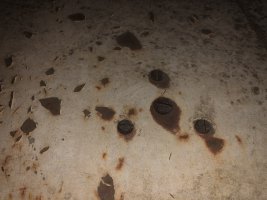 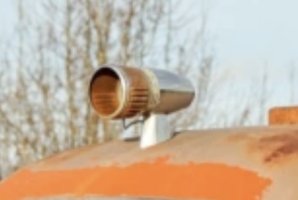 The ones Ed has are not Henney. The Henney tunnels have a small ridge along the top, much less of an angle and more of a curved base. See the photo from my Henney Jr. (excuse the dust).

They're rare. That said, I saw one set at an auction, but didn't realize what they were and didn't buy them. I found another set on ebay and bought them for my car. Then someone else asked me to find them a set for their Junior, and I thought I'd never find another set, and a pair turned up again on ebay. So you might find them.

Steve, Thank you and great photo! I've been saving photos of these and see that some are attached like yours while others are molded into the body but I never noticed the ridge on top before. On my car, I'm not sure what it had on its front corners but they were not tunnel lights as there were only two attaching holes side by side (rather than front to back) and a third hole apparently for the power. I thought maybe the tunnel lights could cover the holes! My car also apparently had two gumball lights, one on either side, but I can't imagine how busy that must have been and I have my doubts that any but the Federal light/siren actually came with it originally.
D

Don, being that yours was a military ambulance, it's doubtful it had anything other than the siren-light originally. Anything you add, you add. My Henney, a Junior, is also a former Air Force ambulance.

My beacon is a standard Federal #17 Beacon Ray, two bulb beacon. Being a 6V car, this was the only 6v beacon I had, it already had an angled base, so I had it mounted where the angle was appropriate. The holes were drilled in the standard position for a 17. The original beacon had likely been added by the funeral home that operated it in ambulance service after the military. The original holes for the beacon were a few inches back, they were filled.

My car obviously didn't come with the tunnels either. As I said, I bought those and added them. I didn't take photos of the underside, sorry. Henney would not have installed tunnels (blended in or bolted on) for military ambulances. As any other lights would have been/would be added, there's nothing wrong with two beacons, unless you don't like them.

Thank you and beautiful car! Nice color combination too.

As for two beacons, I am not adverse to them and once I'm back at my shop in a couple weeks, I'll try to take some measurements of the diameter outline and the hole spacing for my notes. I'll also measure the little front corner holes but very likely those were just some kind of small add-on light that I would be happy to leave off.

P.S., As I see that you are the PCS director, you'll be happy to learn that I just joined after having not been a member since the '80s when I pulled out (and burned out) of all car clubs. George Hamlin sent me the application for the Henney Chapter which I will also join and I had no idea that there were coachbuilder-specific chapters such as that!

Don Pierson said:
P.S., As I see that you are the PCS director, you'll be happy to learn that I just joined after having not been a member since the '80s when I pulled out (and burned out) of all car clubs. George Hamlin sent me the application for the Henney Chapter which I will also join and I had no idea that there were coachbuilder-specific chapters such as that!
Click to expand...

Don, I was on the Board of Directors until July, when my term concluded, now I'm just a plain ol' member. Nonetheless, welcome back, glad you rejoined the club and have also joined the Henney chapter.

Funny story about the colors on my car. That was the colors used in Henney advertising at the time, which is how I chose it. When the shop was painting the car, they stopped and the owner called me and told me it looked terrible. He insisted I drive up and approve the colors on the car before he continued. I went to the shop, and I assured him the colors were correct and that it would be just fine once the chrome was on. Well, he didn't agree but the customer is always right (and paying). Once they put the chrome on, he called me back and apologized and said it was an amazing color combination, he loved it. I said, "Told ya so!"
D