The Oldsmobile has a factory radio that is reported to have never been switched on during the seller’s ownership.
Click to expand...

A novel way to say that the radio doesn't work, because if I never turned it on, I have no idea if it works or not.

Super Site Supporter
Looks like a very decent ambulance, in spite of its radio not working and its ghostbuster trim. Did you catch the question about the conversion kit? What???

Bill Marcy said:
Looks like a very decent ambulance, in spite of its radio not working and its ghostbuster trim. Did you catch the question about the conversion kit? What???
Click to expand...

The conversion is from military to civilian....that's it ...

James Fischer said:
The conversion is from military to civilian....that's it ...

We know that, but the question was asked and I thought it was funny, didn't you?

Staff member
Super Site Supporter
Here is the description from the auction. Personally I see some contradiction in the description, but I will credit that from a lack of knowledge, more than a desire to misrepresent. I have highlighted some of the errors that I see in the description

Ambulances like these, modified from luxury cars, were common sights around U.S. military hospitals in the early 1970s. This car, said to be a former U.S. Army ambulance, is a conversion of a 1972 Oldsmobile 98 performed by Cotner-Bevington of Blytheville, Arkansas, which operated from 1959 through 1975 and built custom ambulances exclusively on Oldsmobile chassis. This example is one of many such conversion ambulances that were forced from service in the mid-1970s when new federal regulations covering rollover protection for patients essentially obsoleted the vehicles. Of course, that means that private collectors had an opportunity to purchase these vehicles. This Oldsmobile passed through several private owners and is now said to be mainly used for parades and shows. It was also featured in the February 2017 issue of Military Vehicles Magazine (see image galleries below). This 1972 Oldsmobile 98/Cotner-Bevington ambulance would be an ideal find for a collector who specializes in professional vehicles of the past like this one. 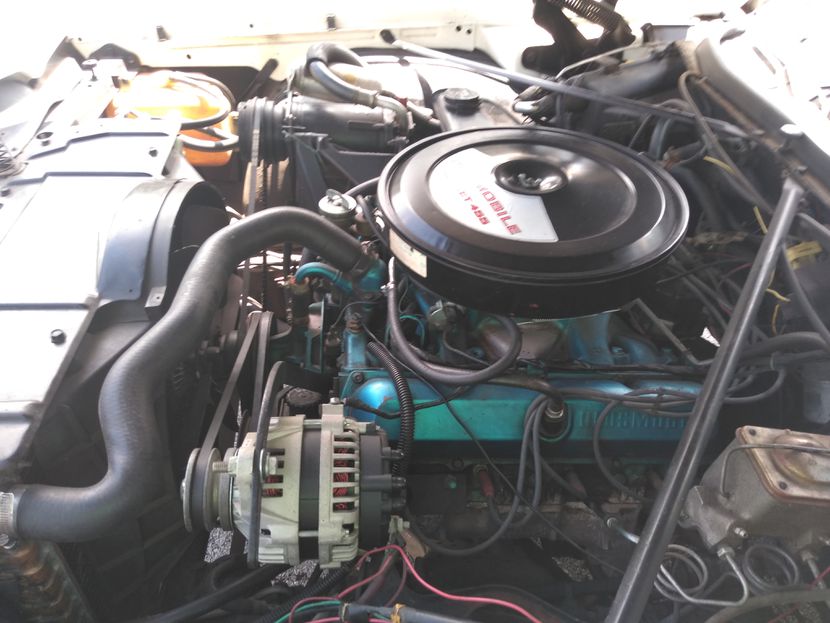 This ambulance is powered by the 455-cu.in. version of Oldsmobile’s OHV Rocket V-8. With a compression ratio of 8.5:1, the engine received its fuel mixture via a Rochester 4MC four-barrel carburetor and was rated by the manufacturer at 225 horsepower. The engine in this ambulance is said to be original, with no rebuild history, and to start readily after its fuel makes the long trip from the tank to the carburetor. The seller says that the radiator has been cleaned and bored, the exhaust manifold covers replaced, and a riser installed beneath the carburetor. The Turbo Hydra-Matic 400 three-speed automatic transmission’s functionality is termed “excellent,” and the seller is unaware of any powertrain leaks. The engine bay presents as stock and generally clean in the photos.

The paint on this Oldsmobile is believed to be original, with blemishes said to be limited to a few scratches. No interior leaks are known, and the seller says he is unaware of any rust on the vehicle. The Olds is fitted with full warning devices that are said to be functional, including dual Federal Beacon Ray warning lights and a siren backed by a 100-watt speaker that is termed “new.” The roof beacon is said to be a standard item for Army ambulances of this era. The seller reports no issues with the glass, and says both the road and emergency lighting is operable. The underside shows areas of surface corrosion.

The rear of the ambulance has an array of medical equipment, including a gurney and plumbing for patient oxygen supply. The Army Olive Drab vinyl seating surfaces present as being in very good condition, with no visible evidence of tears or discoloration. The factory carpeting appears to be in very good condition, with no visible holes. According to the seller, the headliner is in “excellent” shape. The driver position is fitted with controls for the warning lights and siren, plus a Motorola transceiver. The Oldsmobile has a factory radio that is reported to have never been switched on during the seller’s ownership. The instruments, air conditioning, and heater are all reported to be operable.

The date of the Oldsmobile’s most recent chassis service is unknown, but the seller reports no damage or functionality issues, noting that the ambulance will “cruise comfortably at 80 mph.” The tires are said to have covered about 500 miles since being mounted in 2012.

The seller states that this vehicle will be sold on a clean Texas title in his name. This 1972 Oldsmobile 98/Cotner-Bevington ambulance appears to be a complete example of a historic professional vehicle with much of its equipment intact. It has also been regularly awarded at the McAllen International Carfest in multiple categories. At shows, the seller applies Ghostbusters magnets and displays the ambulance with memorabilia inspired by the movie, which has proven a hit with kids and adults alike.
Click to expand... 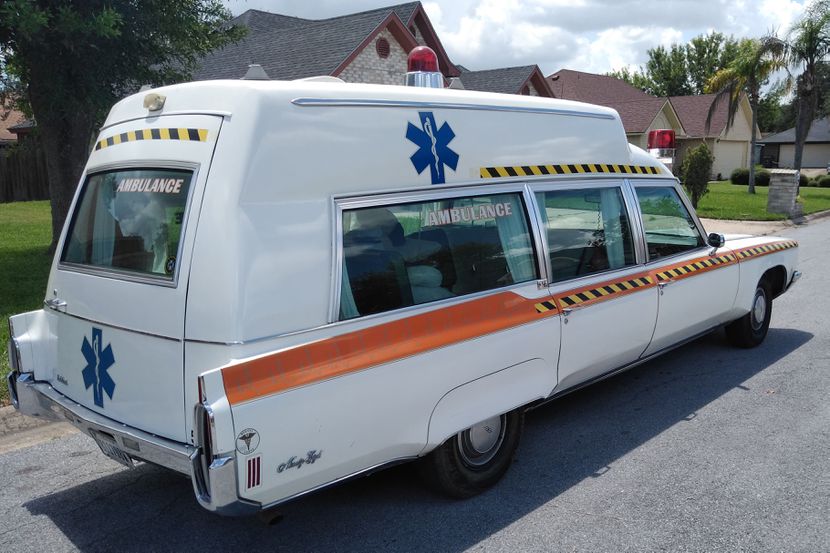 Super Site Supporter
The radio is a high ban shell i got out of a ambulance in the junk yard. If you look you will see were they cut the pa15 into the dash were the "factory raido" would have been. It was a sharp car but like all military equipment bare bones. We repainted it in the driveway one nice day as the high top barly fit in the origional garage. When Steve bought it from me he drove it back to Mt. finely got the AC fixed and used it to advertise his busness. I would buy it back in a hart beat for the money i sold it for. Another one of those found the dead owner in the courthouse parking lot to sign the title for me cars

Super Site Supporter
I think the description is honest, but slightly misinformed, as so many sellers of professional cars who just don't have the correct information on these cars.

Bill Marcy said:
We know that, but the question was asked and I thought it was funny, didn't you?
Click to expand...

A case of "lost in translation" Bill.......my statement was meant as tongue in cheek.....I ABSOLUTELY thought it was funny.......and my response to the original quote was "it went from Military to civilian"..thats what the conversion was.....but..again lost in translation...?

Super Site Supporter
If anyone of us gets this, I have six of the angle fixtures for side/alley lights, with wires and sealed beam clear and red bulbs. Just FYI

Super Site Supporter
Wanting to retire it from service hugh. The big mistake i made when lettering it was not putting the military nomenclature on it and and making the cives magnatic. I'm wondering if he still has them. They were set to go over the stars and add US Army and numbers on the doors. That was the way we displayed it at the Denver meet.

As a Canadian, it is a vehicle that needs to stay in the U.S., where it cared for all those that served. To me, to do something else with it would just not be right. Personally, with that background I find the Ghost-busters theme denigrating...sorry. Display it for what it was.

It gets a lot of attention as a GB. But the owner has no idea how much more attention it would get as an ambulance. Well, at least the GB stuff is supposed to be magnetic, so hopefully a new owner (not me, I'm out of storage space) will remove it.

Super Site Supporter
The difference in the mileage confuses me i remember it at around 27000. When i sold it. But i do have pictures of it naked. My youngest son helped me grind off that old laquair. Then we re shot in in a polie enamel in a brighter white then the cottington white that cb put on.

Super Site Supporter
Did not make reserve, now listed at $19,500.