I have fond memories of when short-wheelbase cars of all makes, mostly Consorts and usually combinations, were very popular in this part of the country.

Here are some factory photos for your perusal:

I always liked the "loaded" ones; that is, the cars with removable "ambulance" window inserts and bullet lights in addition to the demountable beacon.

Deroyce Volzke bought this car "from the Chicago area" in 1972 when he opened his business. Features include a #28 whistle and aftermarket air conditioning. It was his only ambulance until he closed that part of the operation in 1992. This girl is now owned by PCS member Rich Litton in Moorestown, NJ.

This car was still second-out when I photographed it. She wouldn't start, so one of the EMTs and I pushed her out of the garage for this shot!

Most of us have seen only a handful of '71 Pontiac procars over the years, if any. As far as I know, there were only two sold new in Oklahoma (a 51" ambulance and a LWB combination).

Here are a few from my collection:

The Loup City Cooperative Ambulance outfit covered three towns from their quarters in Loup City, NE. This is a 54" job the with bucket seat/console option. This girl is amazingly rust-free to have been a lifelong Nebraska car. They're not pretty, but the Junior West Coast mirrors (factory option) sure made driving these rigs easier and safer. I shot this picture in 1993, shortly before she was sold to a collector in Wisconsin in ...anyone know to whom?

Another 54" job is this beauty from the West Ridge Fire Co. in Kearsarge, PA. All this needs is a pair of CP25s flanking the C6B to be FULLY DRESSED!

Consorts are probably the rarest of all '71 Pontiac procars. This endloader served the McCabe Bros. firm in Pittsburg, PA.

1. This pristine (in 1991, anyway) Sovereign Landaulet endloader was owned by the Watt F.H. in Moline, Kansas (no longer in business). When many
funeral homes in this part of the world stopped providing ambulance service, they quickly traded in their combination(s) for the first straight hearse
they could find. That way, their coach wouldn't be pressed into duty as an ambulance! Many station wagon and carryall ambulances were stripped and converted into flower and/or removal vehicles.

3. Yardville, New Jersey's 54" nicely-optioned ride was eventually bought by Bob Dietz and sold to the Derfelt F.H. in Galena, Kansas. Derfelt's sold it to the Lawson F.H.
in Jay, Oklahoma. The last time I saw her, she was leaning up against the fire station in a small town in Arkansas. Recognize this car? Get out your copy of the 1972 Superior ambulance catalog; through the magic of an airbrush, this car turned into a '72 model! (1971 was the first year for a 54" Pontiac.)

4. Another 51" car, this one was owned by Beacon Ambulance in Hurley, Wisconsin and Ironwood, Michigan.

What else is out there? Please post your PONTIAC procar photos here...the more, the merrier!

As some of you know, these are my favorite procars. This gorgeous example is a combination that was likely re-painted red after being retired from funeral service. It has removable "ambulance" inserts in the rear windows. I've only seen these full-window-sized inserts in the 1959 and 1960 Superiors. The nameplate says "FORMAN'S (unreadable) FUNERAL HOME." The person I acquired this postcard from thinks the firm was somewhere in Arizona, but I could find no reference (in any state) on Google. If I was ever able to actually drive this car, I'm pretty sure I'd want a cigarette afterwards!

Steve Loftin said:
As some of you know, these are my favorite procars. This gorgeous example is a combination that was likely re-painted red after being retired from funeral service. It has removable "ambulance" inserts in the rear windows. I've only seen these full-window-sized inserts in the 1959 and 1960 Superiors. The nameplate says "FORMAN'S (unreadable) FUNERAL HOME." The person I acquired this postcard from thinks the firm was somewhere in Arizona, but I could find no reference (in any state) on Google. If I was ever able to actually drive this car, I'm pretty sure I'd want a cigarette afterwards!

That is a georgous car! Does anyone in the club have one of those?

Since we're on the subject, here is a '60 from Springfield Ambulance in Oakbank, Manitoba.

I'm Partial in My Vote

There is a particular Poncho I am partial to

Here's a 1969 Consort combination that was shot many years ago when owned by the Lee F.H. in Clinton, Oklahoma. Originally from Turner's in Geary, she's now privately owned and slated for restoration. 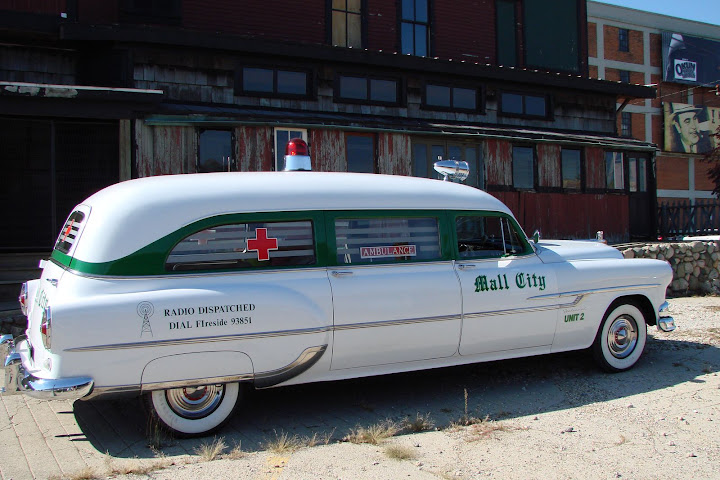 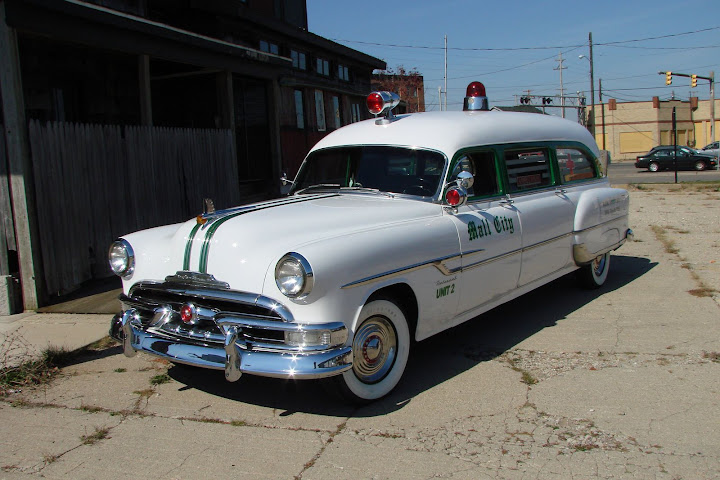 Ron Devies said:
There is a particular Poncho I am partial to
Click to expand...

Super Site Supporter
what I can't believe is that i walked around that 53 of mikes at Flint. we were busy judging and it was not on the list of car to judge. I never even looked inside. now that I have one in my yard I really wish I had gotten a better examination of the car. mine is got a long way to go to get to here. but at least now I can walk out hit the key and drive it around the block

There's just no other word to describe this '59 Criterion, seen here in three different Superior ads. (Yes, Superior started using that name in 1957.)

The detail shots in the second one are (poorly) airbrushed photos of a '58 combination.

The Suburban (46" hightop) in the last ad is an (nicely) airbrushed photo of the same car in the first two ads. My guess is that there wasn't a hightop available yet for photos, so their graphic artist turned this car into one!

Here are a pair of Consorts from Winnipeg, Manitoba. Even though they sport different names, they were operated by the same firm. The '62 had a Federal Q behind the grille, but the tree still didn't get out of the way!

I always liked the '65 Consorts because that was the only year that I have seen with fender skirts. The long-wheelbased Pontiacs had them through '66, but I have never seen a '66 Consort with skirts. In '67 and later years, the bright chrome trim around the door frames and windows also disappeared, so these cars no longer looked as classy, IMO

Staff member
Super Site Supporter
That wasn't that bad of a hit, but in its day, it wan't worth fixing. Today, that would be fixed, and the only hard part would be finding a good front clip to replace the damaged one.