Members of the PCS Northeast Chapter participated in the EMS Council of New Jersey’s annual antique ambulance display on Saturday, October 16 at the Sheraton Parsippany hotel. On hand were Paul Vickery and his 1956 Miller Cadillac; Fred Goerlitz with his 1976 Superior Cadillac; Rich Litton and his 1965 Superior Pontiac; and Jeff and Mary Hookway with their 1966 Superior Cadillac.

PCS members Jenn Morin and Ken Weinberg were also in attendance to take in the sights. Many thanks to Rich Litton for organizing this event each year. 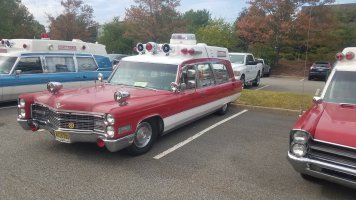 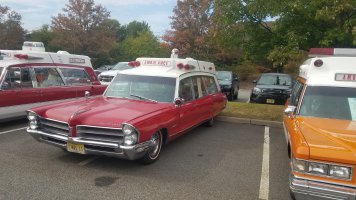 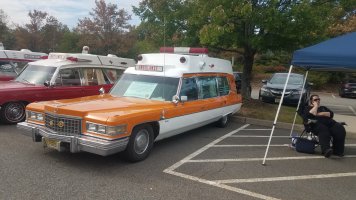 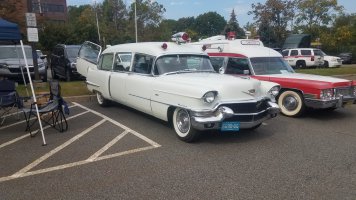 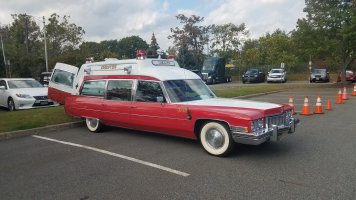 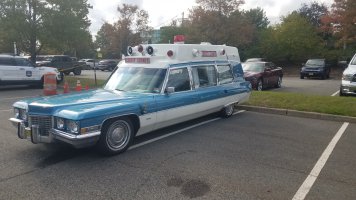 Absolutely stunning. Thank you for sharing.