Back home and finally catching up.

Another PCS International Meet in the books. I have attended all meets since I assumed the Membership Director position in 2006, except one! This one was different – for the first time I had my own professional car to bring, our 1966 Superior Cadillac ambulance.

The trip out was very good and things went a little downhill from there. I had fuel problems and had to be towed from Main Street Mansfield. Thank you for the rescue team/moral support team – Mary, Brady, Ron, Jeremy, Fred, Tracy, and to Ed who got to work on the carb at the Prison museum after getting the car back.

At the Board of Directors meeting I officially stepped down as Membership director. Rick Duffy is in training for the Membership Director position. I put my name in the hat for Vice President and was confirmed by the board at the same meeting.

Our car took a Third Place!

And finally, a huge thank-you to Fred and Tracy Goerltz for following us out to Ohio, no problems at all! They were there when I did have problems, running for gas, trip to the mechanics to pick up the car, and following us home on Sunday. Not to mention stopping at a motorcycle accident less than 30 miles from home! Three EMTs and an ambulance, how could we pass by! No lights or siren was used.

Now to prep the car for the next International Meet! 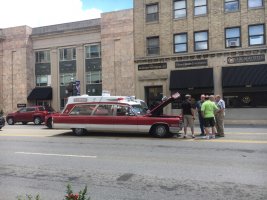 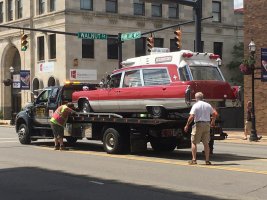 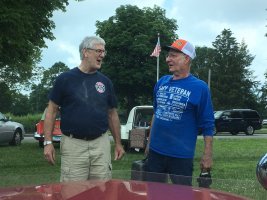